We have an epidemic of knee arthritis in the United States with over 10 million affected Americans (Ref).  Many treatments are prescribed with variable efficacy for this common problem.  When all else fails, knee replacement is often recommended.  This procedure is overall highly successful but also expensive. 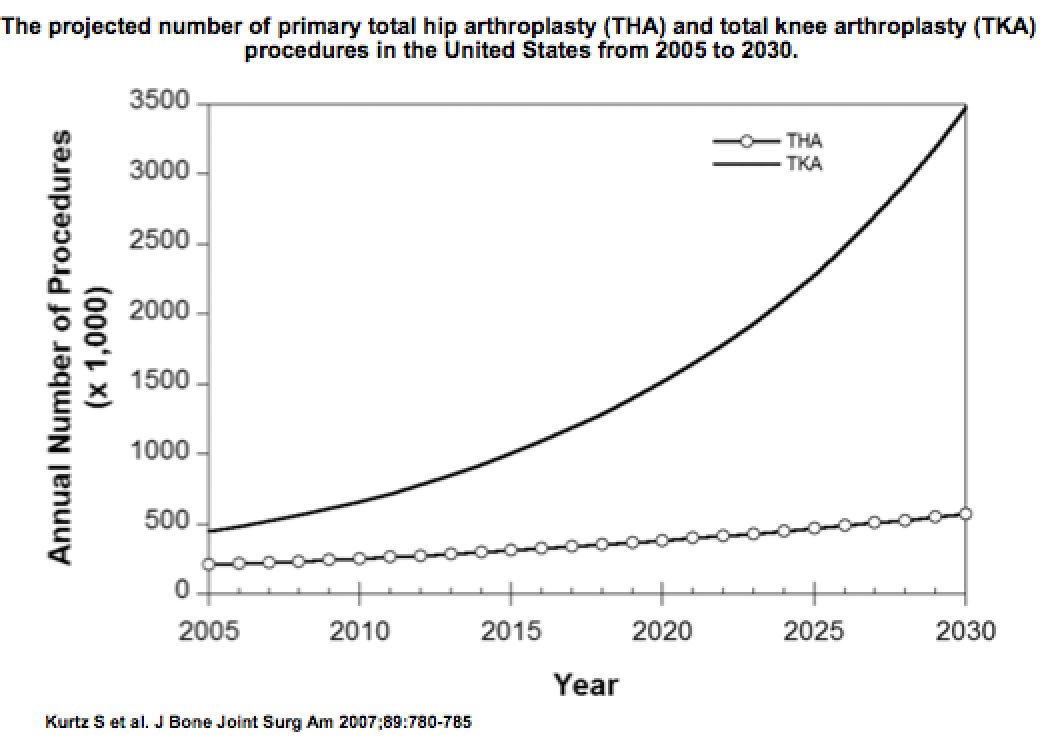 In 2009, the CDC reported the estimated costs of knee replacement in the US to be $28.5 billion dollars (Ref).  Published reports suggest there will be a need for almost 3.5 million knee replacements in the United States by 2030 (See paper).  At a conservative total cost of $25,000 per surgery, that translates into $87 billion dollars. So, the projections suggest the costs will triple over the next 15 years.

That is $87 Billion Dollars just in the United States to treat end-stage knee arthritis.  That is just the cost of knee replacements.  It does not include other surgical or non-operative costs.  It also doesn't include treatment of other potentially arthritic joints such as the hip or shoulder.

We can and should immediately begin an all-in assault against arthritis.

Patients need to act on the first line of treatment.  They can help themselves with a program of diet and exercise.  Simple exercises such as the QuadCrunch and Hamstring Stretching can be quite helpful.  Riding a bike is another way to exercise with arthritic knees.  Losing even a small amount of weight can result in less pain and more function.

The good news is many new treatments are in development to treat this difficult problem.  The bad news is the effort is fractionated.  It is important to note that knee arthritis is not simply a disease of the cartilage.  There is dysfunction in muscle, tendon, ligament, cartilage and bone when a patient has arthritis.  A better understanding of the genetic and epigenetic causes of arthritis is also needed.  We will need a systematic approach to treating all of the components of the disease in order to be successful.

On the horizon are a plethora of biologic treatments including platelet rich plasma, stem cells and even gene therapy.  We need to embrace these novel treatments do the hard work that is needed to prove their safety and value.

A coalition of patients, providers, payers, researchers and industry need to come together and execute on potential treatments and prevention strategies.  We cannot afford to continue with the status quo and spend almost $90 Billion Dollars on knee replacements in 2030.

Improve how your DNA works by Riding an Exercise Bike

The Epigenetics of Exercise 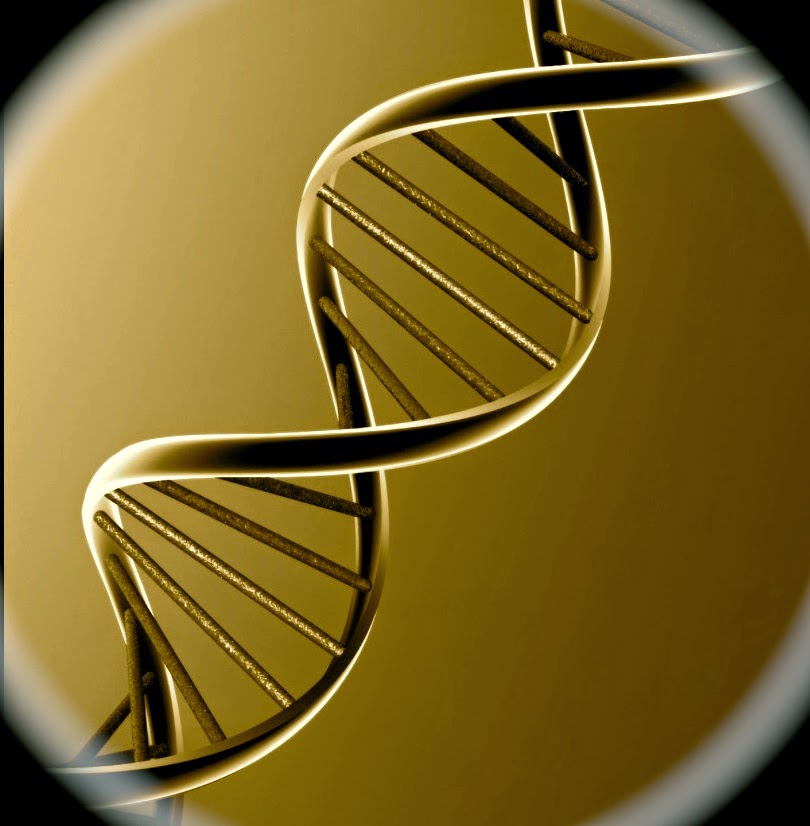 You can’t change your DNA but you can change how it works. DNA is the coding program for all of the enzymes and proteins that make your body function.


Epigenetics is a rapidly evolving area of science that studies how modifications on or around your DNA alter the production of specific molecules. Your DNA is fixed but how it works is affected by the proteins and chemical groups that surround the famous double helix.  You can think of epigenetics as variable signposts on the winding tracks of your DNA that either suppress or promote specific genes.  The proteins and chemical groups have fancy names like a “histone” or a “methyl group”.  These "epigenetic" markers don’t change your DNA but rather change how it interprets the underlying genetic code.  They can turn on or off a section of DNA and dramatically affect YOU.  The science is called “Epigenetics” and in 2015 and beyond, it will alter the way we all approach medicine and wellness.  Multiple articles about epigenetics have appeared in Time Magazine, the New York Times and many other elite publications. 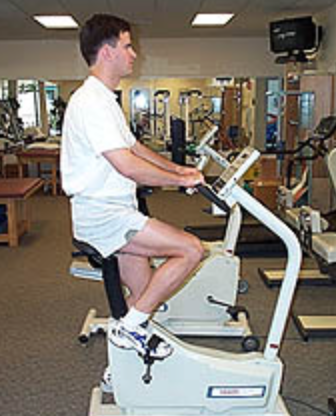 Exercise is one way you can change how your DNA expresses itself via epigenetics in a positive fashion.  A recently published study required people to ride an exercise bike with one leg for 45 minutes four times per week for three months.  Before and after the exercise trial, the subjects had a muscle biopsy of both legs.  The researchers found "health enhancing adaptations" were induced by the "physiologic stimulus" of riding an exercise bike via epigenetic mechanisms in the leg that did the pedaling but not in the one that did nothing.  (Ref: Lindholm et al 2014)  The results are meaningful for anyone who wants to stay in shape and be active.  Importantly, the inherited proportion of physical performance has been shown to be about 50%. Therefore, about 50% of overall physical performance is dependent upon training and lifestyle.  (Ref:  Ehlert etal 2013)  This means that we are at least partially in control of how our bodies work and perform.  We can't blame all of our health problems on bad genes.

So, dust off the exercise bike in the garage, make time in your schedule to get to the gym, or join Soul-Cycle in 2015.

Specific immediate action items:  Consider starting your exercise routine with QuadCrunches and Hamstring Stretches.  They are simple exercises that can be done anywhere.  For the bike, try 20-30 minutes 3 times per week with moderate resistance.

Remember, exercise can literally change how your DNA functions and potentially save your life.

ALWAYS consult your own physicians before beginning any exercise program.