This is an abstract of a recently published article about how PRP may produce stronger tendons. It represents just one of the many articles that are coming out about how PRP may actually work. Further research into this important topic is on-going in several centers.

How can one platelet injection after tendon injury lead to a stronger tendon after 4 weeks? Interplay between early regeneration and mechanical stimulation.
Virchenko O, Aspenberg P.

BACKGROUND: Mechanical stimulation improves the repair of ruptured tendons. Injection of a platelet concentrate (platelet-rich plasma, PRP) can also improve repair in several animal models. In a rat Achilles tendon transection model, 1 postoperative injection resulted in increased strength after 4 weeks. Considering the short half-lives of factors released by platelets, this very late effect calls for an explanation. METHODS: We studied the effects of platelets on Achilles tendon regenerates in rats 3, 5 and 14 days after transection. The tendons were either unloaded by Botulinum toxin A (Botox) injections into the calf muscles, or mechanically stimulated in activity cages. No Botox injections and ordinary cages, respectively, served as controls. Repair was evaluated by tensile testing. RESULTS: At 14 days, unloading (with Botox) abolished any effect of the platelets and reduced the mechanical properties of the repair tissue to less than half of normal. Thus, some mechanical stimulation is a prerequisite for the effect of platelets at 14 days. Without Botox, both activity and platelets increased repair independently of each other. However, at 3 and 5 days, platelets improved the mechanical properties in Botox-treated rats. INTERPRETATION: Platelets influence only the early phases of regeneration, but this allows mechanical stimulation to start driving neo-tendon development at an earlier time point, which kept it constantly ahead of the controls.
Posted by AM at 11:21 AM 1 comment:

PRP may also be useful for spinal disc regeneration.

"Platelet-rich plasma was effective in stimulating cell proliferation and extracellular matrix metabolism. The response to platelet-rich plasma was greater in the case of anulus fibrosus cells than of nucleuspulposus cells. The local administration of platelet-rich plasma might stimulate intervertebral disc repair. In addition, given the risks of using animal serum for tissue engineering, autologous blood may gain favor as a source of growth factors and serum supplements needed for stimulating cells to engineer intervertebral disc tissues." (Akeda et al Spine 2006)

For more information, please visit Apex PRP.com
Posted by AM at 4:23 PM No comments:

Please check out this link. We just check it and the ABC story is still available on it.

Watch this space for more updates on the research.
Posted by AM at 5:46 PM No comments:

Recently, Dr. Allan Mishra's publication of the use of PRP for chronic elbow tendinosis was featured by Dr. Dean Edell's medical program on ABC news in San Francisco. To view this segment please visit Apex PRP.com and follow the link to the video.

It is a well produced piece that outlines the technique and some of the science behind the procedure.
Posted by AM at 4:37 PM 2 comments:

Dr. Allan Mishra's article on the use of Platelet Rich Plasma for chronic elbow tendonitis (Tennis Elbow) has been outlined in Forbes and Time Articles.

For more information, please visit: Apex PRP.com
Posted by AM at 3:24 PM No comments:

The publication of the paper using Platelet Rich Plasma has generated several articles. Here is a link to some of the stories via google: http://news.google.com/nwshp?hl=en&tab=wn&q=allan+mishra&ie=UTF-8&filter=0

More information can also be found at Apex PRP.com
Posted by AM at 1:13 PM No comments: 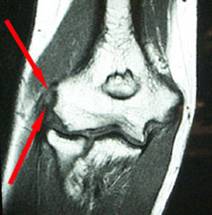 Keep visiting this blog or Apex PRP.com for updates on Platelet Rich Plasma research and clinical applications.
Posted by AM at 3:05 PM No comments:

Another article was recently published about PRP and TKA (Berghoff et al Orthopedics July 2006). The patients treated with PRP during their total knee replacements had better early range of motion, less blood loss and a shorter stay in the hospital.

For more PRP information and research go to: ApexPRP.com
Posted by AM at 9:12 AM 1 comment:

PRP is presently being investigated as a treatment for a variety of orthopedic disorders. Recently, a porcine cell culture study was published that supports it use in cartilage regeneration. Dr. Allan Mishra is presently designing a study to use PRP in humans to potentially augment cartilage restoration procedures. For more information regarding platelet rich plasma, please visit ApexPRP.
Posted by AM at 10:24 PM No comments:

There is still significant controversy regarding the use of PRP in total knee replacement. It may help reduce swelling or blood loss. Here is a link to a recently published investigation. More studies are needed to confirm these results.

For more Platelet Rich Plasma information, visit: ApexPRP.com
Posted by AM at 10:05 PM No comments:

For more information and research about, please visit: ApexPRP
Posted by AM at 4:13 PM No comments:

Dr. Volpi from Milan Italy has treated several cases of chronic patellar tendinosis with platelet rich plasma. To see an example of one of his cases go to: ApexPRP.com
Posted by AM at 9:57 AM No comments: 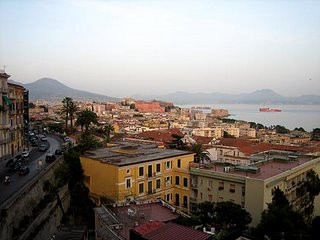 View out of my hotel window in Naples, Italy
I am presently travelling in Europe learning more about the use of PRP. It has been a most interesting trip. Dr. Volpi in Milan has been using it for patellar tendonitis in high level athletes. Dr. Formisano, a professor of pathology at the University of Naples, found very similar results to me in cell culture. As I have travelled, I now realize that many physicians around the world are exploring how to best use platelet rich plasma.

Next stop, Barcelona.
Posted by AM at 4:01 AM No comments:

I will be going to Milan, Naples, Barcelona and the UK next week to lecture about the use of Platelet Rich Plasma. It will be a nice opportunity to discuss the best uses for this emerging biotechnology. Most of the discussion will center around tendinopathy, also known as tendonitis or tendinosis. I will hopefully be able to post some pictures and some of the discussions on this blog or on APEX PRP. Check back for more.

www.ApexPRP.com
Posted by AM at 4:23 PM No comments:

Many different applications are being explored for Platelet Rich Plasma. Researchers within the United States and internationally are trying to better define how this important biologic tool should be used.

Platelet Rich Plasma (PRP) is presently being investigated as a treatment for chronic tendonitis. Dr. Allan Mishra is a leading researcher in this area. To read more about his reseach and others please visit APEX PRP.

Platelet Rich Plasma (PRP) is a component of your own blood that contains powerful growth factors. It is presently being investigated as a treatment for a variety of disorders including tendonitis. To learn more about PRP, please visit APEX PRP.