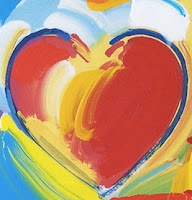 Researchers at the Stanford University School of Medicine, in collaboration with BioParadox, Inc., have published data supporting the use of RevaTen platelet-rich plasma as a promising biologic treatment for myocardial infarction (heart attack).


The findings were published online in Cardiovascular Revascularization Medicine and will be presented at The Sixth International Conference on Cell Therapy for Cardiovascular Disease at Columbia University Medical Center, New York City, on January 20, 2011.

Working with colleagues at Stanford University Medical Center, lead author Allan Mishra, MD, a leading PRP researcher, studied the effects of RevaTen PRP (a proprietary formulation of concentrated platelets and white blood cells) on cardiac function after inducing cardiac ischemia (damage to myocardial tissue caused by blood restriction) in mice. The research was conducted under the direction of Robert Robbins, MD, chairman of the department of cardiothoracic surgery at Stanford University.

In this study of 28 mice, researchers induced ischemia by either permanently occluding the left anterior descending artery (Group A) or temporarily ligating it for 45 minutes (Group B). The hearts were then injected with RevaTen PRP or saline control. In order to assess cardiac function after treatment, magnetic resonance images were taken at seven days post-procedure (Group A) and 21 days (Group B). Tissue from all hearts was collected for histopathologic evaluation.

"Although this is an observational study using an animal model, PRP might someday be employed at the point of care to treat patients who have had a heart attack. This could preserve cardiac function and limit the progression to congestive heart failure," Dr. Mishra says. "Since myocardial infarction remains the leading cause of death in industrial nations, RevaTen PRP may become a powerful biologic tool in fighting heart disease and provide cost savings." The authors caution that this is a preclinical study and that further translational research is needed to understand how RevaTen PRP might work to repair and/or protect cardiovascular tissue.
Posted by AM at 11:31 AM 1 comment: 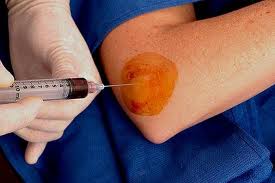 Enrollment in the most comprehensive platelet rich plasma study to date was recently completed.  The study is a double blind randomized trial of 230 patients of PRP vs Saline for chronic tennis elbow.  It followed the protocol outlined in the first published study on the topic.
(American Journal of Sports Medicine--Mishra and Pavelko, 2006)

It will take 8-10 months to finish the follow up and analyze the data but it is a milestone to have simply completed enrollment in this important investigation.  We can all look forward to the results.

AM
TotalTendon
Posted by AM at 4:25 PM No comments:

2011 will be the year we begin to figure out how to best use platelet rich plasma.  For almost a decade now, it has been employed as a treatment for a variety of problems.  Last year, level one data was published showing how PRP is better than cortisone for tennis elbow.  Other data revealed that achilles tendionpathy that is mild to moderate and that had NOT been treated did not get significantly better with PRP and exercise compared to a saline injection and exercise.

This year, large specialty organizations have dedicated time to debate the value of PRP.  Via this forums, we will learn from experts.  New formulations and indications will emerge as some will fade.  These changes will be based on presentation and publication of elite data.